A TIKTOK car hack has gone viral after it revealed how you could turn your car’s interior into a bed in seconds.

The video, uploaded by Tikok star victrxia, has already been viewed more than nine million times on the social media site.

It’s not surprising given the interest around car camping and saving money on hotel costs during the current cost of living crisis.

The TikTok video begins by saying: “I wanted to try this on my Honda Civic.”

It shows a man forcing the back rests of the front seats in a car down without their head rests attached.

This appears to help the front seats line up perfectly with the rear benches, creating enough space for somebody to lie down as if it were a bed.

The video goes on to show victrxia trying the hack out on her own car.

She removes the head rests and pushes the front back rests down against the rear seat benches.

They don’t line up quite a flush as in the video at the start, but they still create a very comfy space in which to lie down.

She says: “What the hek. I can’t believe this actually worked.

“My car is super spacious, oh my. Why didn’t I think of this before.” 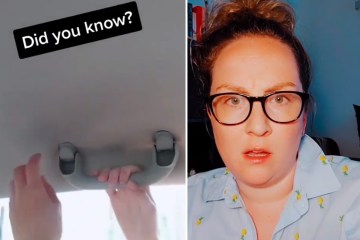 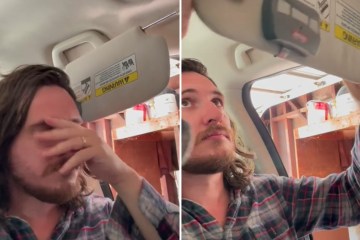 It’s worth pointing out that this hack won’t work in all cars, clearly on those with two seats but also cars with electric front seats.

People took to the comments to let victrxia know what they thought.

andrea.celine98 said: “i’m gonna have a blast on our next road trip sleeping.”

Lyons pointed out that: “The 95 to 98 is the only years that can have the seats meet each other flush.”

LeBron James said: “Darkest tints for the windows and sun shield for the windsheild then we good.”

How To Clean Computer Screen