This is the prototype of the Troy Indy Special, a new limited production car from the team at 7fifteen Motorworks that is essentially a reengineered 21st century version of the one-off Troy Custom Roadster from 1959.

The original Troy Custom Roadster was developed by Wally Troy, a popular custom car builder in the 1950s, to be a cross between an Indy car and a hot rod – taking the best design and engineering cues from each vehicle genre.

Wally Troy was a larger than life character who has the unusual distinction of being the first official Jaguar dealer in the US state of Illinois. At this time Jaguar built two kinds of cars: opulent and luxurious vehicles for the wealthy, and very quick sports cars like the XK series and the D-Type. 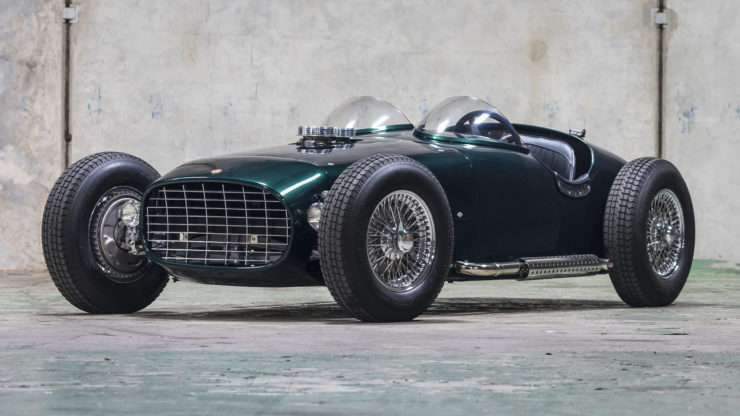 This is the original Troy Roadster from 1959, the new production car is closely based on the same exterior design but it’s all new and modern under the skin.Image courtesy of Mecum.

It’s clear that Troy’s affections lay with that latter class of car, he was passionate about racing, hot rods, sports cars, and Indy cars.

He already had a number of custom cars under his belt by this time, but for his next project he wanted to create something truly unique.

He started from a blank sheet and developed his own tubular steel chassis, aluminium bodywork, and twin Plexiglas bubble windshields – no doubt inspired by Jet Age styling that had exploded in popularity in the United States at the time.

The car was designed to incorporate both hot rod and Indy car styling, it was powered by a front mounted Chevrolet 350 V8 with power sent back through a 4-speed manual transmission to a 9-inch rear end. 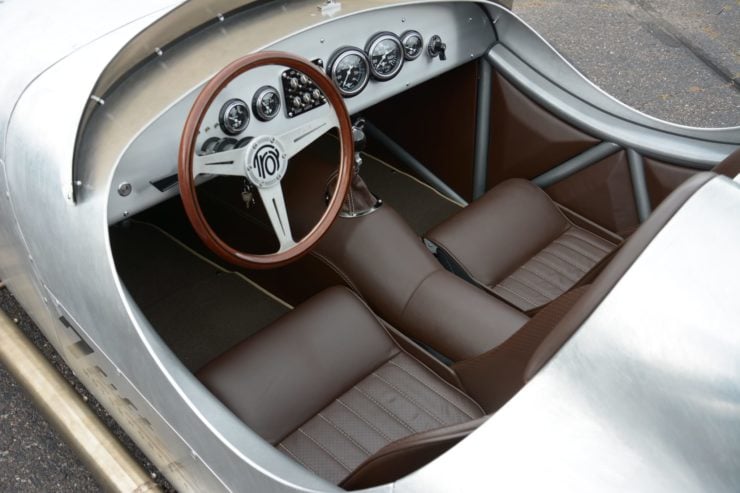 The interior was designed to offer drivers a uniquely pure analogue driving experience, you can even watch the front wheels moving as you drive.

The car was an immediate darling of the show circuit and it appeared in the illustrious pages of Hot Rod Magazine in 1960.

After this the car spent much of the 60s, 70s, and 80s in storage before a restoration commenced in the mid-90s.

The Troy Custom Roadster has been sold a handful of times since then, most recently to Robert “Bob” Kendall of 7fifteen Motorworks who is now going to give the car the production run it’s always deserved.

When Robert “Bob” Kendall of 7fifteen Motorworks bought the Troy Custom Roadster at a Mecum auction in Monterey, California in August of 2017 he had grand plans for the car.

Above Video: This short film by the team at 7fifteen Motorworks showcases the car listed in this article and runs through all of its key features. It also allows you to hear the engine running, which is worth the price of admission.

Kendall didn’t just want to add the car to his collection, he wanted to create a modern version of it and sell it has a low volume production car.

The most challenging aspect of this was that the car needed to be reengineered from the ground-up, with an all new chassis, suspension, body, brakes, and drivetrain – but it needed to remain true to the styling and intent of the original developed by Troy in Illinois over 60 years ago.

Scarbo Performance of Lake Forest, California were selected to develop the all-new chassis and suspension. This is a company uniquely qualified for the job, company founder Joe Scarbo made a name for himself developing the open-wheeled Scarbo SVF1 car that graced the pages of Silodrome back in 2018.

The team at Scarbo started by 3D scanning the original Troy Roadster in order to ensure that the chassis and suspension of the new car would match the original dimensions almost exactly. 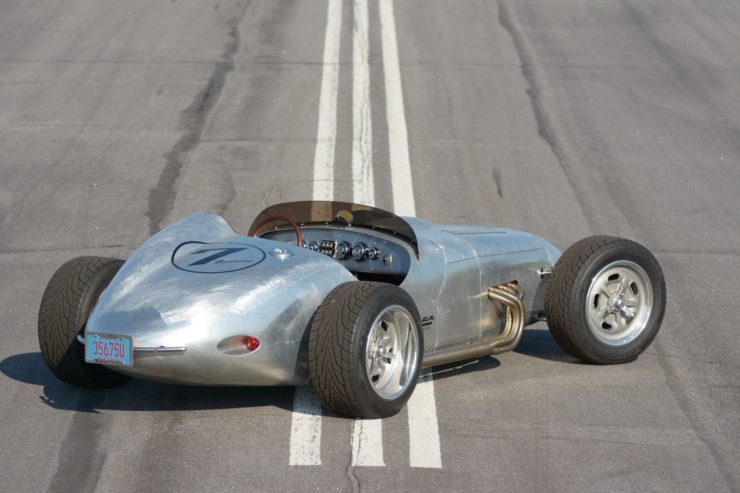 There’s a fuel cell in the rear and two lockable storage compartments which are accessed by lowering the seat backs.

Once the new trellis chassis was designed it was constructed from 1.5” .095-wall Docol R8 tubing –  to ensure precision it was TIG-welded on a chassis jig at 7Fifteen Motorworks, and then powder-coated in silver.

Unlike the original this car features fully independent suspension front and back, making use of C5 Corvette uprights, custom tubular nickel-plated steel double A-arms and pushrods, billet aluminum rocker arms, and QA1 double-adjustable shock absorbers with Eibach springs at each of the four corners.

The braking system has been similarly updated, 6-piston Wilwood calipers are used up front with 4-piston Wilwood units in the rear – providing ample stopping power, particularly when you consider the curb weight of ~2,200 lbs (998 kgs).

The all-aluminum body was made by hand and it’s been left in file-finished condition to preserve its originally – this car is a factory prototype after all. 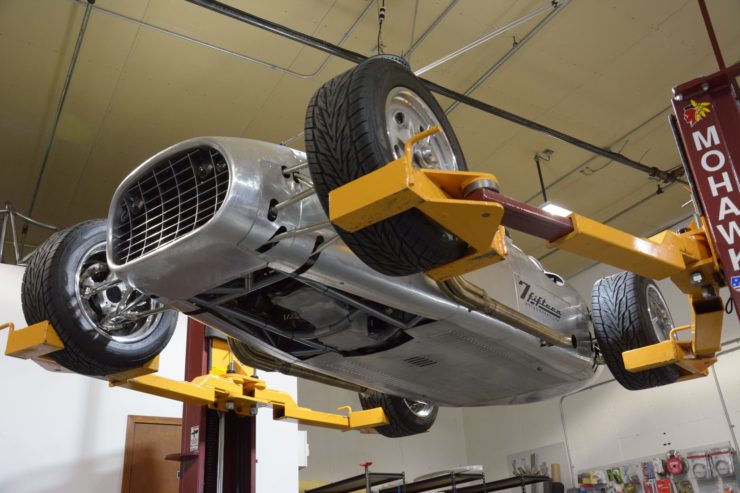 The hand-formed alloy bodywork extends underneath the car in order to maximize its aerodynamic slipperiness.

Perhaps most importantly the drivetrain consists of a 495 bhp GM LS3 engine from Pace Performance, with power sent back through a Tremec T56 6-speed manual transmission to a Cadillac CTS-V limited-slip differential.

7fifteen Motorworks are now taking orders for the 33 production slots allocated for the Troy Indy Special, and they’ve listed this prototype for sale on Bring A Trailer – potentially a perfect buy for someone who’s aways lusted after the Troy Custom Roadster but wanted something a little more modern underneath. 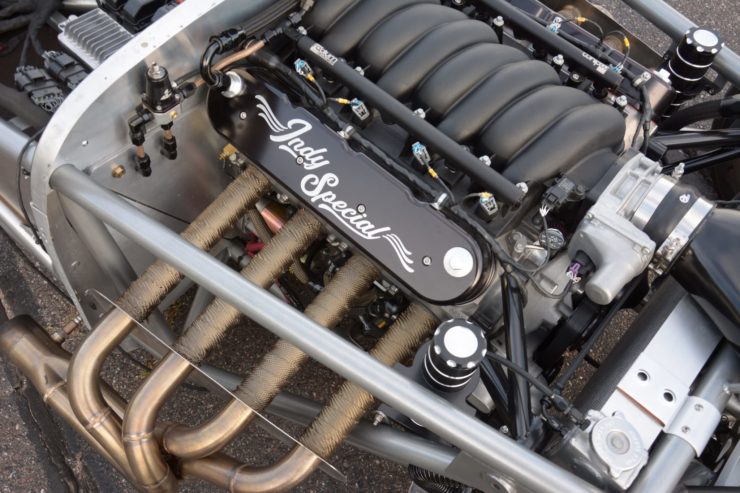 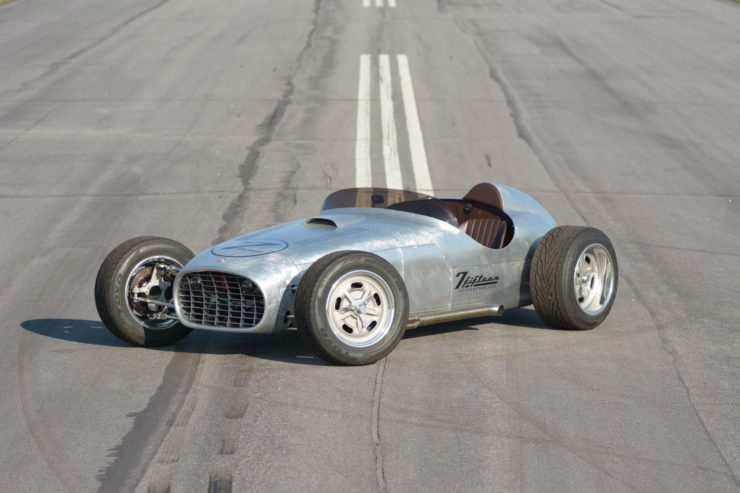 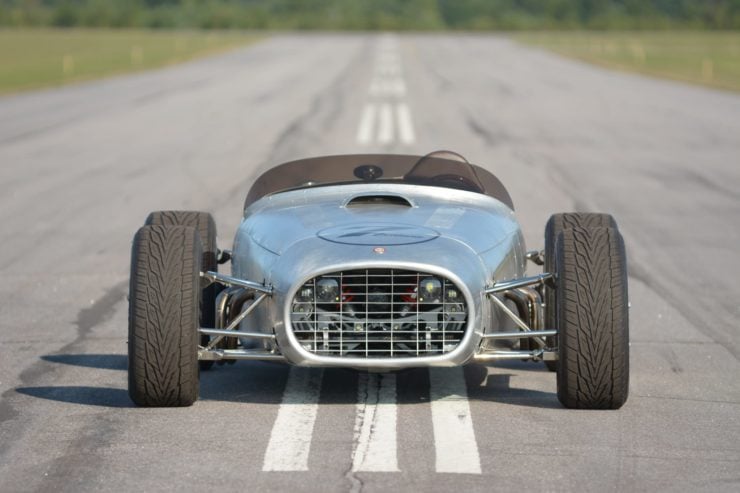 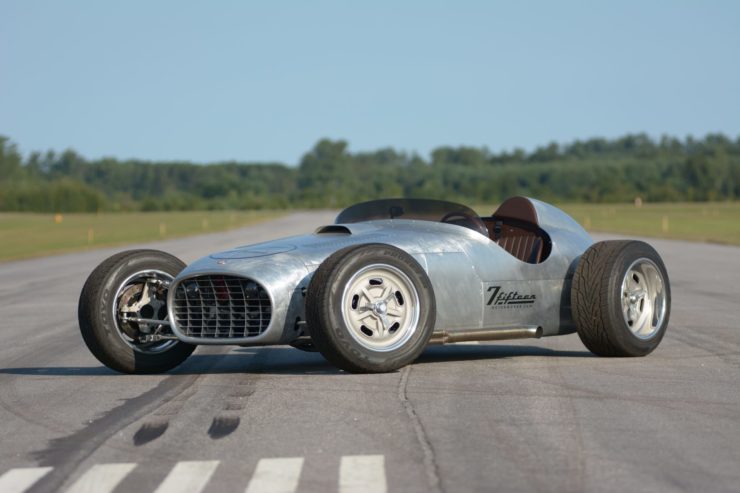 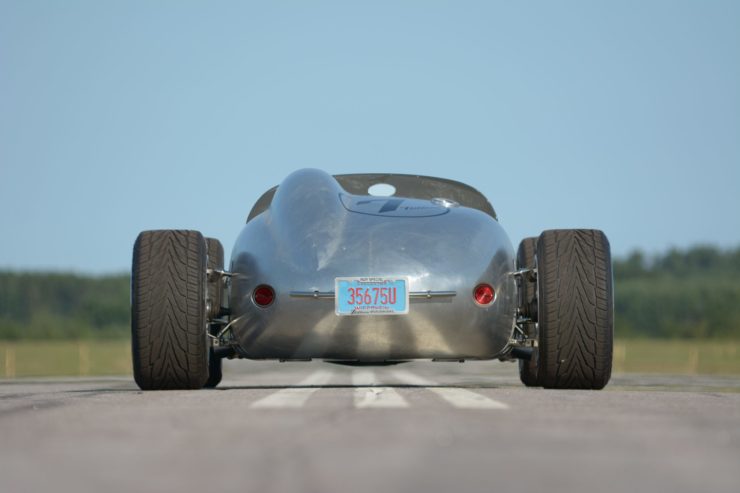 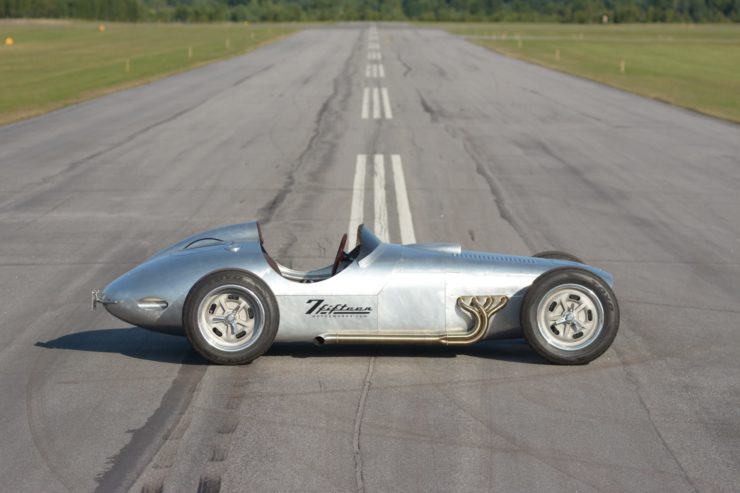 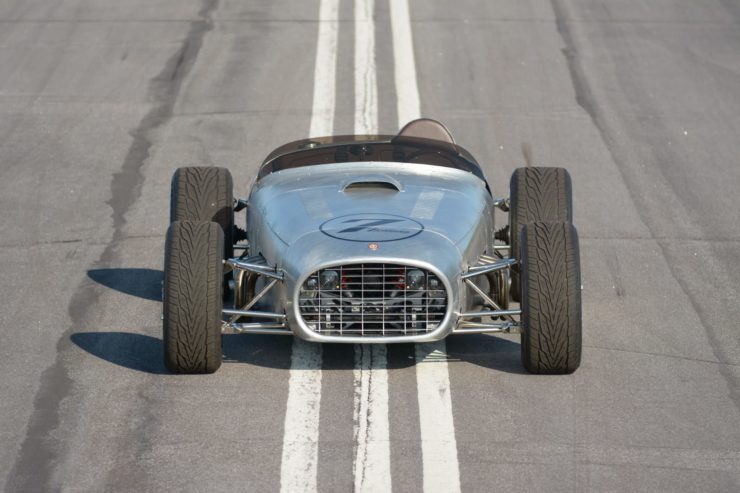 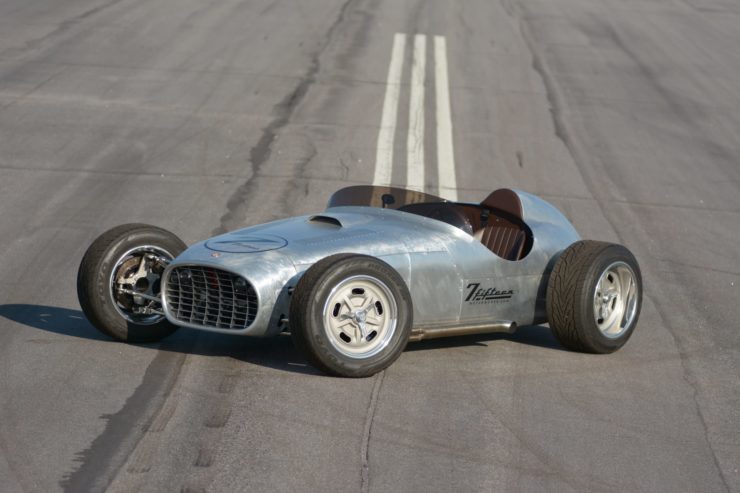 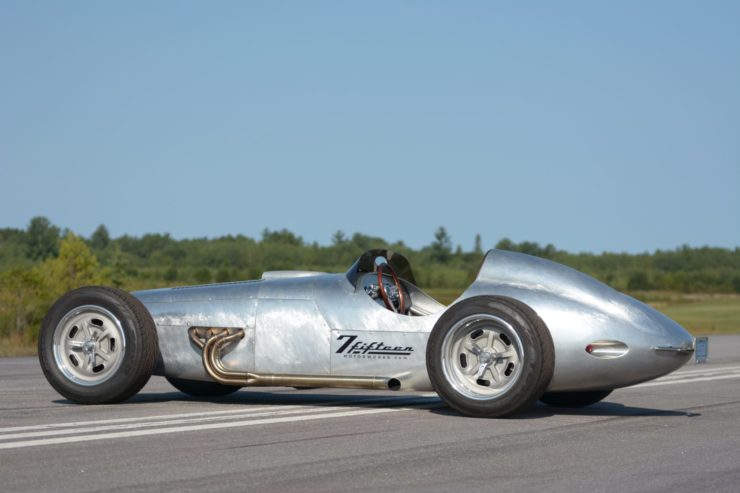 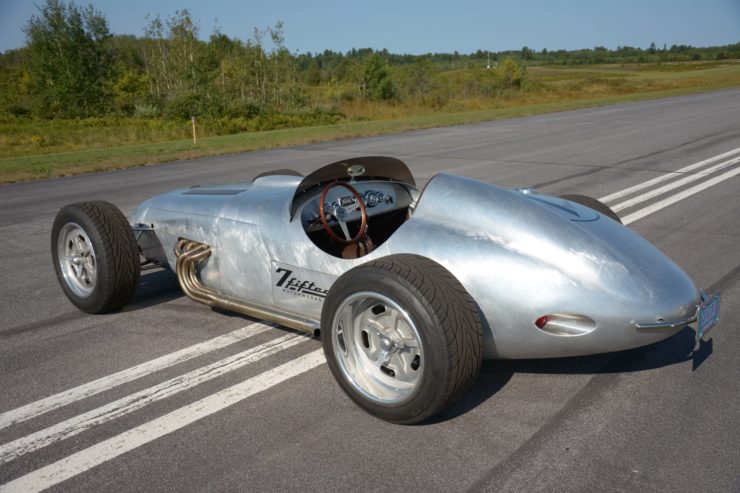 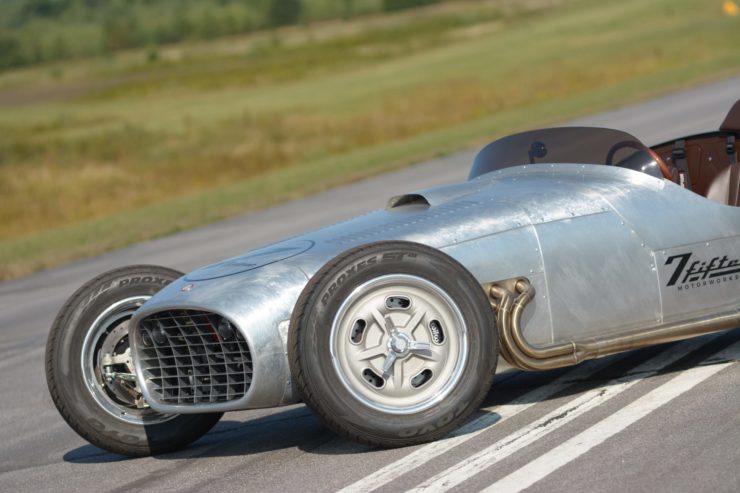 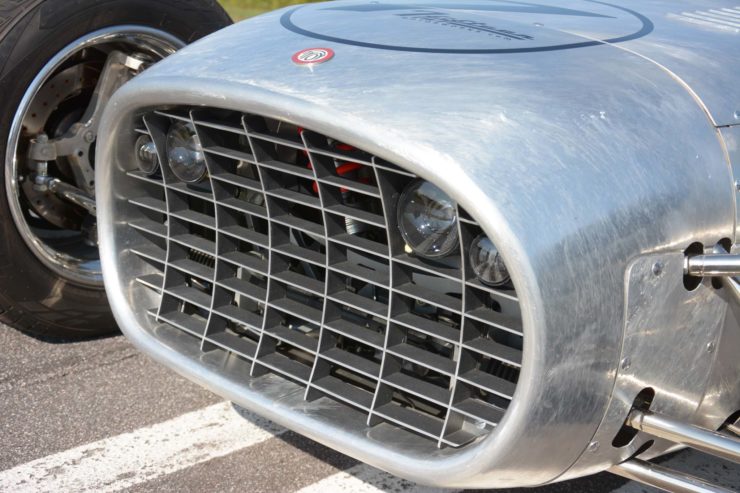 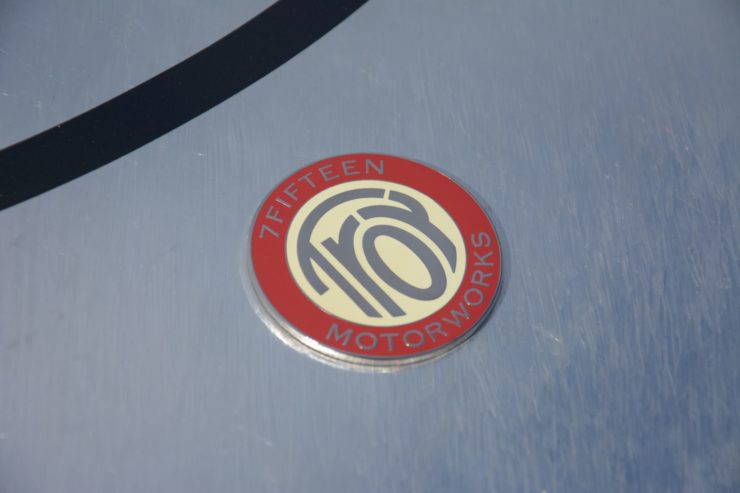 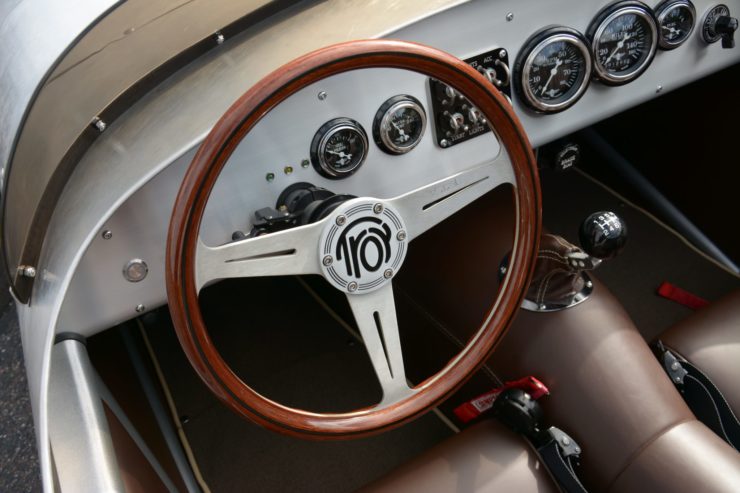 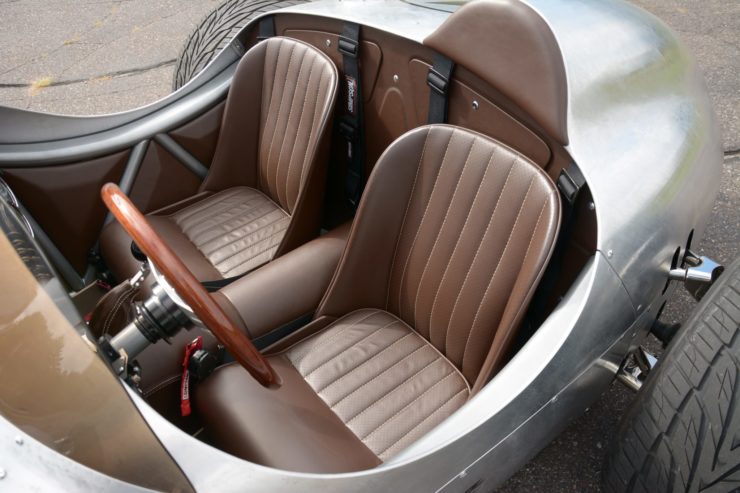 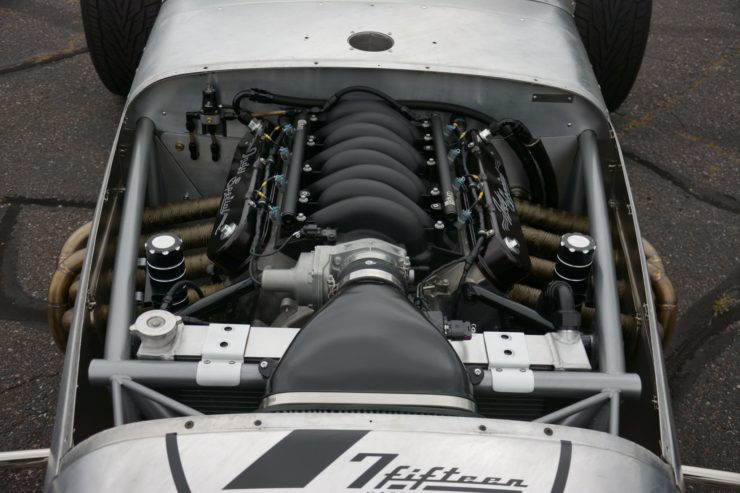 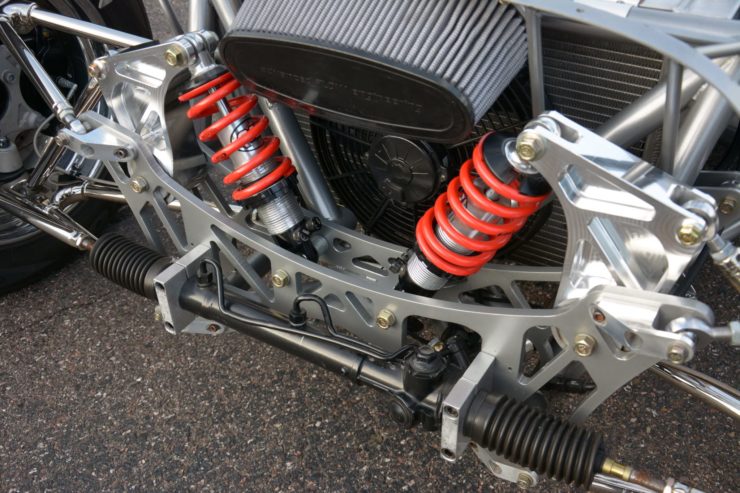 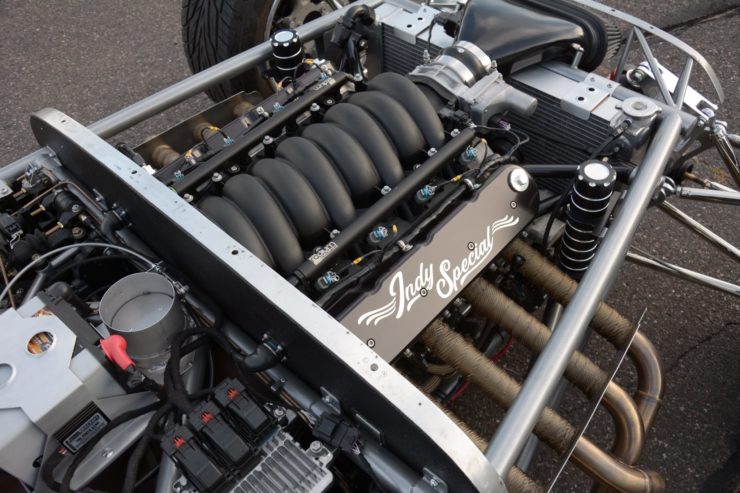 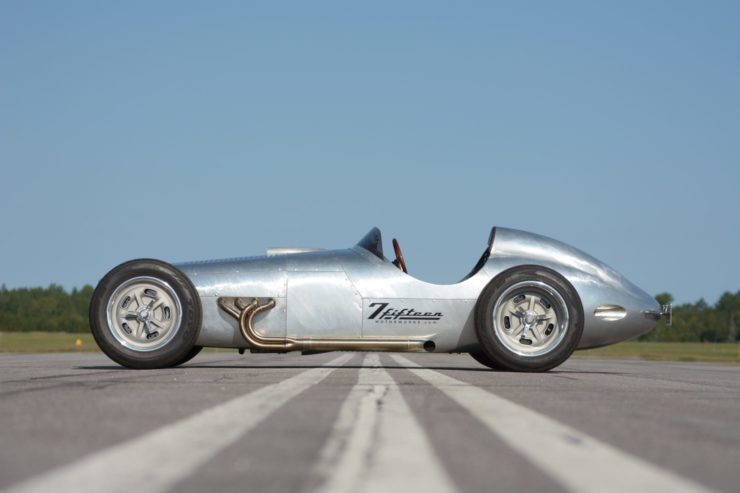 Images courtesy of Bring A Trailer

Get the Latest Automotive Info with the Headlight News Podcast

Thu May 5 , 2022
Every week TheDetroitBureau.com experiences on the most important information and occasions occurring in the car field and relays individuals stories in its weekly the Headlight News podcast. The roundup includes information, characteristics, critiques and extra.  Tesla CEO Elon Musk had a great deal of causes to smile with the company’s Q1 […]