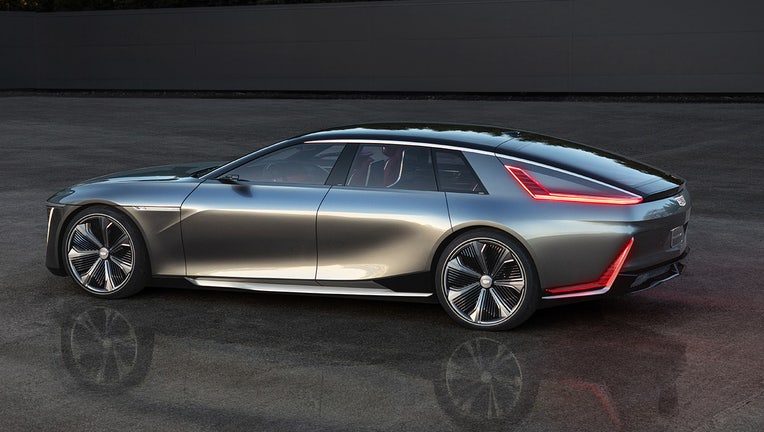 Side profile of the CELESTIQ show car exterior shot from above. (Cadillac)

Cadillac has revealed the car it hopes will reclaim the “Standard of the World” title for the brand.

The Celesitq is a fully electric ultra-luxury model that will be largely hand-built by the automaker starting next year.

The show car that has been unveiled previews the production Celestiq’s styling and four-door liftback configuration, which is similar to the Mercedes-Benz EQS that it will compete against.

Its large faux grille is embedded with lighting elements that illuminated in an animated sequence and the lights flanking its tailgate are a tip of the hat to the brand’s iconic tail fins. 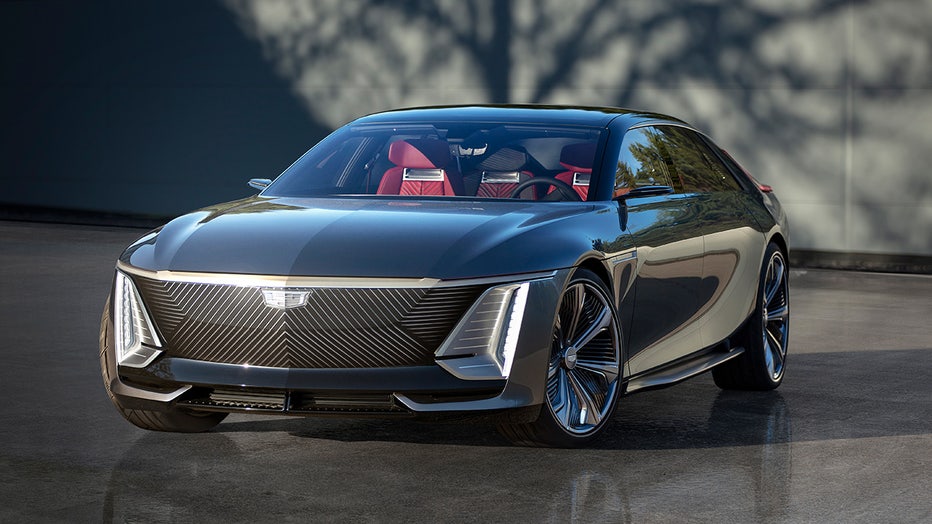 The interior design is a modern take on mid-century glitz trimmed in a mix of leather, wood and fabric trim. 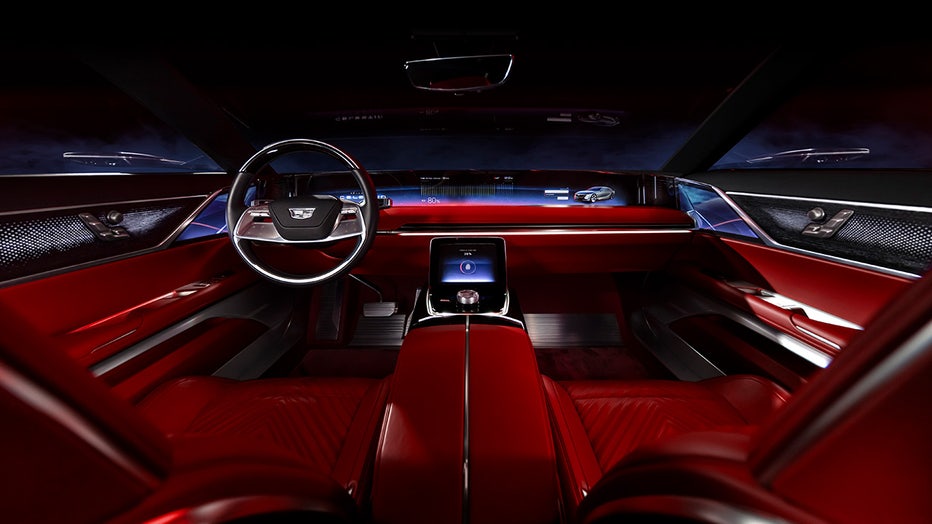 Cadillac said the idea for the car was partly inspired by the 1957 Eldorado Brougham, of which just 400 were built.

A 55-inch digital display spans the entire dashboard between the roof pillars and four more screens are provided for control interfaces and rear seat entertainment. 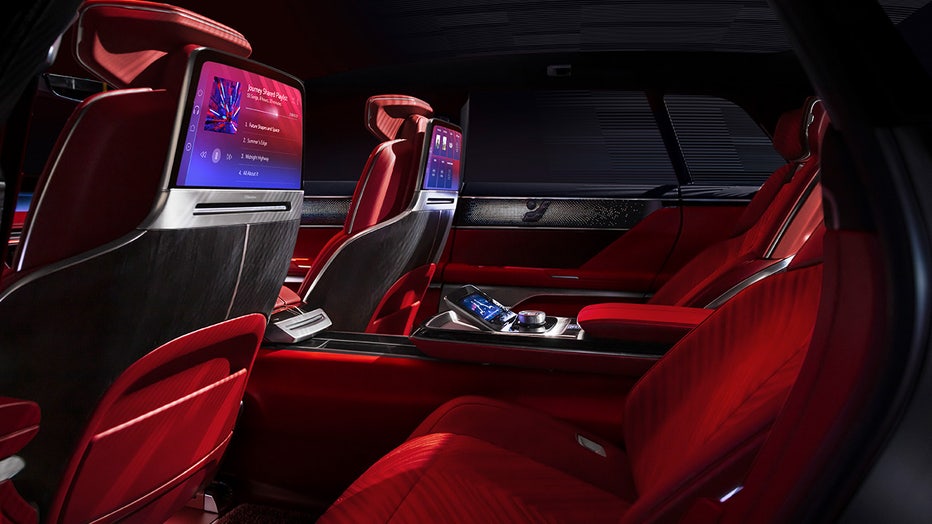 View from the driver’s side rear door of the CELESTIQ showcasing the rear seats and displays on the back of the front seats and the middle console display.  (Cadillac)

The four-seat concept is equipped with a glass roof that can be individually dimmed over each passenger by activated suspended particles embedded within it.

CADILLAC ALMOST PUT A V16 IN THE ESCALADE

One symbolic heritage touch is a depiction of Cadillac’s classic art deco “goddess” hood ornament used during Cadillac’s golden of the 1930s to 1950s that’s been embedded into both of the Celestiq’s front fenders.

The Celestiq will be equipped with GM’s Ultium electric vehicle technology that debuted with the GMC Hummer EV and use over 100 3D printed metal and plastic structural and decorative parts. 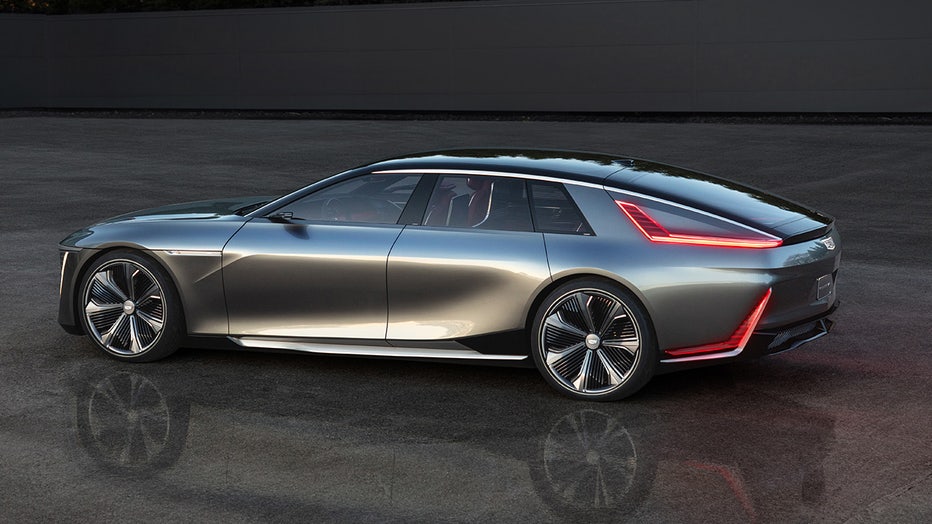 Side profile of the CELESTIQ show car exterior shot from above. (Cadillac)

Performance specifications, including its power and driving range between charges, have not been released, but Cadillac previously said it will be equipped with the hands-free Ultra Cruise driving system, all-wheel-drive and a four-wheel-steering system that should allow it to make turns as tightly as a compact car can.

The Celestiq will be assembled in a dedicated $81 million facility being set up at the GM Technical Center in Warren, Michigan, at an expected rate of just hundreds per year.

Cadillac has not announced pricing, but it is expected to be well into the six-figure range and The Wall Street Journal reported that fully loaded top of the line examples will cost over $300,000, pitting it against high-end models from the likes of Bentley and Rolls-Royce.

The Best 90's Cars You Can Buy Today

Sun Jul 24 , 2022
[ad_1] The internet may have been slow, but the cars definitely weren’t. The 1990s are one of the world’s favorite decades for a throwback, even for people who never lived through them, and this couldn’t be more true than in the case of car enthusiasts. The 90s gave us some […]